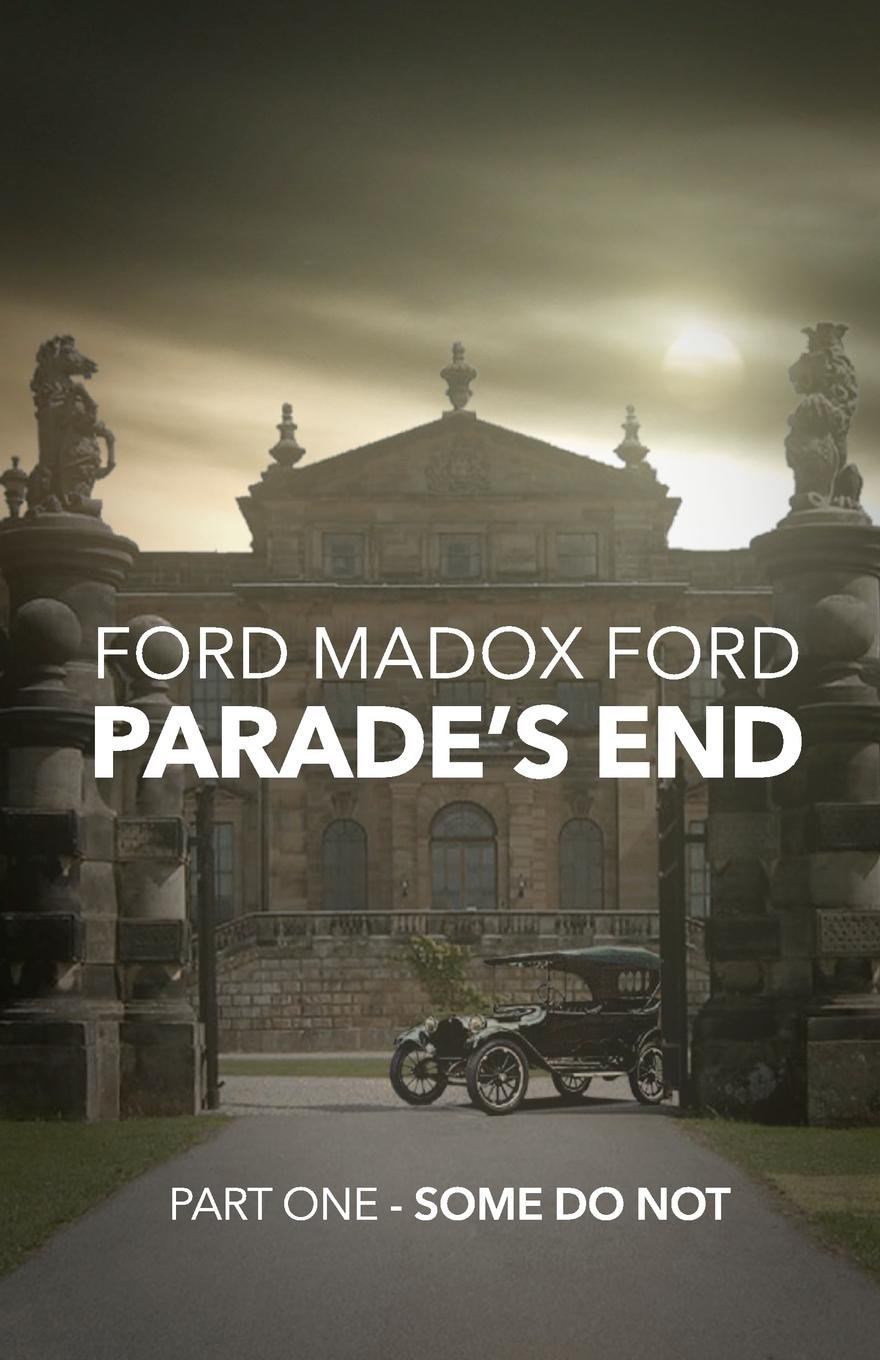 
And, as near as possible to the dear ladies who gave the At Homes, Macmaster could keep up the talk--a little magisterially. He liked to be listened to with respect when he spoke of Botticelli, Rossetti, and those early Italian artists whom he called 'The Primitives. And he didn't disapprove.

For, if they weren't, these gatherings, Society, they formed a stage on the long and careful road to a career in a first-class Government office.


And, utterly careless as Tietjens imagined himself of careers or offices, he was, if sardonically, quite sympathetic towards his friend's ambitiousnesses. It was an odd friendship, but the oddnesses of friendships are a frequent guarantee of their lasting texture. The youngest son of a Yorkshire country gentleman, Tietjens himself was entitled to the best--the best that first-class public offices and first-class people could afford. He was without ambition, but these things would come to him as they do in England. So he could afford to be negligent of his attire, of the company he kept, of the opinions he uttered.

He had a little private income under his mother's settlement; a little income from the Imperial Department of Statistics; he had married a woman of means, and he was, in the Tory manner, sufficiently a master of flouts and jeers to be listened to when he spoke. He was twenty-six; but, very big, in a fair, untidy, Yorkshire way, he carried more weight than his age warranted. His chief, Sir Reginald Ingleby, when Tietjens chose to talk of public tendencies which influenced statistics, would listen with attention.

Sometimes Sir Reginald would say: 'You're a perfect encyclopaedia of exact material knowledge, Tietjens,' and Tietjens thought that that was his due, and he would accept the tribute in silence. Macmaster was a little the senior in the service, as he was probably a little the senior in age. For, as to his roommate's years, or as to his exact origins, there was a certain blank in Tietjens' knowledge. Macmaster was obviously Scotch by birth, and you accepted him as what was called a son of the manse. No doubt he was really the son of a grocer in Cupar or a railway porter in Edinburgh.

It does not matter with the Scotch, and as he was very properly reticent as to his ancestry, having accepted him, you didn't, even mentally, make enquiries. So for Macmaster he had a very deep affection--even a gratitude. And Macmaster might be considered as returning these feelings.

Certainly he had always done his best to be of service to Tietjens. Already at the Treasury and attached as private secretary to Sir Reginald Ingleby, whilst Tietjens was still at Cambridge, Macmaster had brought to the notice of Sir Reginald Tietjens' many great natural gifts, and Sir Reginald, being on the look-out for young men for his ewe lamb, his newly founded department, had very readily accepted Tietjens as his third in command.

On the other hand, it had been Tietjens' father who had recommended Macmaster to the notice of Sir Thomas Block at the Treasury itself. And, indeed, the Tietjens family had provided a little money--that was Tietjens' mother really--to get Macmaster through Cambridge and install him in Town. He had repaid the small sum--paying it partly by finding room in his chambers for Tietjens when in turn he came to Town.

With a Scots young man such a position had been perfectly possible. Tietjens had been able to go to his fair, ample, saintly mother in her morning-room and say:. He'll need a little money to get through the University,' and his mother would answer:. With an English young man of the lower orders that would have left a sense of class obligation. With Macmaster it just didn't.

During Tietjens' late trouble--for four months before Tietjens' wife had left him to go abroad with another man--Macmaster had filled a place that no other mart could have filled.

For the basis of Christopher Tietjens' emotional existence was a complete taciturnity--at any rate as to his emotions. As Tietjens saw the world, you didn't 'talk. And, indeed, his wife's flight had left him almost completely without emotions that he could realize, and he had not spoken more than twenty words at most about the event. Those had been mostly to his father, who, very tall, very largely built, silver-haired and erect, had drifted, as it were, into Macmaster's drawing-room in Gray's Inn, and after five minutes of silence had said:.

Old General ffolliot will be there. He'll second him. He'd better make his acquaintance. Tietjens considered that his relationship with his father was an almost perfect one. They were like two men in the club--the only club; thinking so alike that there was no need to talk. His father had spent a great deal of time abroad before succeeding to the estate. When, over the moors, he went into the industrial town that he owned, he drove always in a coach-and-four. Tobacco smoke had never been known inside Groby Hall: Mr Tietjens had twelve pipes filled every morning by his head gardener and placed in rose bushes down the drive.

These he smoked during the day.

He farmed a good deal of his own land; had sat for Holdernesse from to , and had not presented himself for election after the redistribution of seats; he was patron of eleven livings; rode to hounds every now and then, and shot fairly regularly. He had three other sons and two daughters, and was now sixty-one. To his sister Effie, on the day after his wife's elopement, Christopher had said over the telephone:.

Mar-chant will come with him. She offers to take charge of your two youngest as well, so you'll save a maid, and I'll pay their board and a bit over. The voice of his sister--from Yorkshire--had answered: 'Certainly, Christopher. Tommie is going to my sister Effie. Marchant is going with him. After Tietjens had left him on his marriage he had continued to enjoy solitude, except that his man had moved down from the attic to the bedroom formerly occupied by Tietjens.

That morning, at breakfast, four months having passed, Tietjens had received a letter from his wife. She asked, without any contrition at all, to be taken back. She was fed-up with Perowne and Brittany. Tietjens looked up at Macmaster. Macmaster was already half out of his chair, looking at him with enlarged, steel-blue eyes, his beard quivering.

By the time Tietjens spoke Macmaster had his hand on the neck of the cut-glass brandy decanter in the brown wood tantalus. He noticed that the lip of the decanter agitated, tinkling on the glass. Macmaster must be trembling. Macmaster, with his back still turned, said:. Macmaster went on with his breakfast and his letters. So did Tietjens.

Ferens came in, removed the bacon plates and set on the table a silver water-heated dish that contained poached eggs and haddock. A long time afterwards Tietjens said:. He seemed to have no feelings about the matter. Certain insolent phrases in Sylvia's letter hung in his mind.

He preferred a letter like that. The brandy made no difference to his mentality, but it seemed to keep him from shivering. We could get a round after tea now the days are long.

wegoup777.online/si-matas-a-tu-esposa.php I want to call on a parson near there. He has helped me with my book.

That will be all right in the country. We stay till four with a cab outside.


We can be on the first tee at five. If we like the course we'll stay next day: then Tuesday at Hythe and Wednesday at Sandwich.

Or we could stay at Rye all your three days. If we took a cab now I could finish them for you in an hour and twelve minutes. Then British North Africa can go to the printers.