My pick to win this whole shootin' shebang is Aslan.

Or Drizzt vs Al'Thor Or Al'Thor vs. Battle of the swordsmen! I'm glad there aren't any Malazan characters in the matchup. I couldn't get past the 4th book in that series because all the characters think the same way. Well, except Kruppe. He was memorable, but unfortunately the series wasn't about just him.

I will admit that Erikson is acquired taste.


If he'd been free of his bonds and had been in better shape, it would probably have ended quite differently. When Jaime fights Cthulhu, he should come prepared, with Medusa's head in a sack. It worked for Perseus, it can work for Jaime. If he doesn't put a stop to the marauding old god, this tournament will end up rather boring. Yeah, I give the whole thing to Aslan as well. He resurrected after all, after a nasty stabbing by the white witch.

Not sure how anyone can beat that. Lets examine the divisions for a minute, shall we? As the current logic goes, the wee free men will win thier division and fight against Arthur Dent? I'd rather watch paint dry. 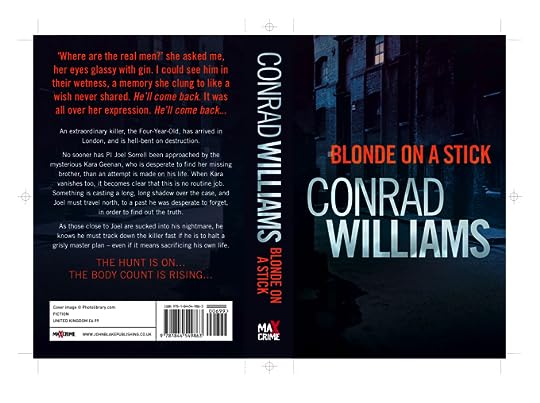 My only real complaint, other than some missing people, is the seeding job that was done here. Maybe next year we can vote on heroes one week, the seeds the next, then the tournament as it begins? The lack of Erikson and Fiest characters in the lists seriously undermines my ability to judge this appropriately Dent races away with his division since his opponent the shrike driven mad by the heart of gold will take out the rest of the bracket Thought the battle between Gandalf and Elric will be Legendary no one else in that division compares I'll pick Gandalf over my preference for the Elric character because he'll want to win more.

Division 3 is more interesting many fairly potent characters here Gandalf enumerates Dents probability reduces it to and wins in overtime Dude, SO right! Karsa Orlong would just wander out amongst all contestants, say "Witness," and proceed to destroy all of them. Drop off some of that Sword of Truth crap. I back up whoever put in that Paul Atreides should be on there.

Should have picked Belgarion over Polgara. Godslayer, Wielder of the Orb of Aldur, super strong Sorcerer? Yeah, he wins. And where is James Clemens' Tylar? He's called the Godslayer, and he has a Naether-being tied into him. I dare you. Plus, winning might encourage Rollins to write the third book already!!!

Keep your snarky, pseudo-intellectual rants about Robert Jordan's series to yourself until you can back it up with your own multi-million copy sold fantasy series. I'm a little surprised at the short shrift people are giving Rand. Even Cthulhu can probably be balefired. And with horrifyingly improbable, once-in-the-existence-of-the-universe luck backing you up, I can't really see anyone beating him. Kahlan would have beat him hands down a book ago though. No matter how subtle the wizard, a knife between the shoulder blade will seriously cramp his style.

Nothing left to ressurect Faukes What, no Terry Pratchett characters, i'll admit most of them wouldn't be much good in a cage match but then again neither would Arthur Dent. Also it's a little unfair pitting poor Lyra against Cthulu. Maybe it would be best only having characters from completed novel series up there after all we're not entirely sure how characters like Kvothe are going to turn out.

This whole thing is great, but you shouldn't put multiple characters from the same book when there aren't a lot of characters to begin with.

Also, Lyra doesn't really stand a chance here He's probably read the books for all these characters, and it would make for a fun 4th-wall-breaking battle. Kvothe is the man and should be able to beat Aslan. I think we know enough from one book that he is a badass that not only is a great swordsman, but also is more than capable in his prime of extreme levels of magic. Honestly, who would've loved to see Karsa Orlong fight Conan? And if we can have the Wee Free men, why not the Black Company? There could've been the Black Company vs the Bridgeburners.

That screams epic. He knew - somehow - that he would never again here Lews Therin's voice in his head. For they were not two men, and never had been Finally, he let out a deepthroated laugh, true and pure. I think i like rand to beat cthullu in the finals.

Rand is already crazy and balefire may be the only thing to take cthullu out. Rand must dodge Roland though. Rand would never get a weave off before he gets shot into oblivion. Also, if we're going to talk about characters from fantasy literature, why don't we include "Merlin" from Malory's Le'Morte d'Arthur, King Arthur himself, or Luke Skywalker? Although I'm a fan of Polgara, they should have done Belgarion instead of her because she has never killed anyone.

Goku needs to be in the tournament. It doesn't always have to be the protagonist of a series; I'd gladly take Vegeta as well. More people for the "mythical beast" weight class. Jaime Lannister is the Badassest protagonist ever to walk the realm of fantasy. If he had his other hand lopped off, his eyes put out, and his skin flayed off, I would still back him in the lists against all other challengers.

At the same time. And I know the other 10, voters for him feel the same way. Valar Morghulis, bitch. So why does JK Rowling get two heros? There are a lot of other really great series here who only get one, and a lot of great ones not represented Kruppe, a mountain of delicacies for this illuminating insight. Bridgeburners vs black company indeed! Another I'd love to see would be Rake vs. Elric if for no reason that to see Dragnipur clash with Stormbringer. I have to say, I loved the description of the Shrike vs. Arthur Dent match, and how they tied the whole thing together with Marvin and the Restaurant at the End of the Universe.

That said, I'm also glad that it seems the Shrike has barely pulled this one out Don't get me wrong, I like Hitchhiker's Guide as much as the next guy, but everyone knows those books, fewer have heard of Dan Simmons I am ashamed of you all. Too late for this year, obviously, but if you do this again, to rep Jim Butcher you need to stick Gaius Octavian in there.

Benice to see him up against a less disgusting enemy than the Vord Queen. Oh Lord no.

http://edutoursport.com/libraries/2020-09-07/779.php I'm a big fan of the series, and even I wouldn't put Bobby through the hell of fighting any of these people. Even Hermione. He's just an average guy, no matter his angel powers or whatever the hell you call them, so he wouldn't stand a chance. And Voldemort, too, I mean, Dumbledore's dead, so why not Voldy?

Regarding Arthur Dent and the Shrike, the Shrike definitely deserved to win that one, and by a much larger margin.

Dent's signature ability is the manipulation of probability, but the Shrike would not be effected by it. Additionally, since the Shrike can jump from world to world in an instant, all it has to do is grab Dent, take him to the planet he's supposed to die on, then kill him and that supposing he doesn't just hang him on the tree for eternity.